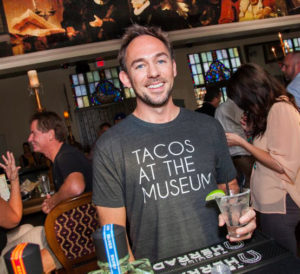 In 1912, Arizona became the forty-eighth state to enter the contiguous United States. Prior to that, the desert landscape territory was an extension of Mexico’s Sonora, the agricultural hub of our bordering ally. Arguably, you could even say that the Grand Canyon state and our friendly neighbor are conjoined twins. Instead of sharing body parts, the state and the country share a border and a unique history, especially as it relates to eats. On this northern side, we have adopted tacos and tequila as our own with fast food franchises, academic courses detailing corn tortilla virtues, and country songs such as “Ten Rounds with Jose Cuervo.” (Fortunately, Mexicans don’t have songs about throwing back a bottle of Napa cabernet.)

It’s not surprising then that the state is home to the world’s largest taco festival, honoring its Mexican heritage. Entering its seventh year, the massively attended Arizona Taco Festival was co-created by David Tyda, 39, and glorifies one of the globe’s greatest food icons – right up there with hamburgers, barbeque, French fries, and pizza. There is no other state or city where an annual celebration takes place showcasing the depth of creativity folded into a flour or corn tortilla. “When my business partner, Rick Phillips, and I started the festival,” says Tyda, “we wanted to reveal how diverse the taco can be.”

Taking place annually in October, over thirty-five thousand people join in eating unusual hybrids folded or fried into flour or corn layers. The gorge get-together has become a tourism force to be reckoned with for Arizonans bringing heads in beds for the hospitality soaked town which has almost 60,000 rooms in nearly 450 hotels and resorts. (Jokingly, Tyda says, “We sold tickets in every state except Rhode Island, Hawaii, and Maine. Dunno what they’ve got against tacos in Rhode Island.”). Over fifty restaurants gather at Scottsdale Salt River Fields, serving up two dollar tacos with a chance to win a ten thousand dollar cash prize. 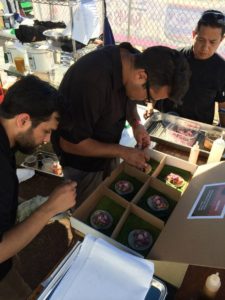 “Whenever someone visited me, they would always ask where they could get a good taco,” states Tyda. “Creatively, we see unusual ideas of what makes a taco. Although, I think it would be fun, to see what restaurants do who don’t make tacos – see what they come up with.” To his credit, he and his partner have also branched out to other epicurean bashes, such as Scottsdale Beer Palooza highlighting craft brews, and Arizona BBQ Festival featuring The Redneck Games.
Long before he was an advocate of Mexico’s leading export, Tyda was one of the state’s finest journalists, working as the editor of Ritz-Carlton Magazine, the now defunct Desert Living, Stratos, and many other glossy titles. Over the years, he’s witnessed a decline in the writing world. In an interview with 26Blocks, he says about journalism, “That art is dying and I’m sad about that.” Yet, gratefully, the Midwest-born, Arizona State University graduate has smartly created a whole new work category for himself and Arizona, turning the Valley of the Sun into a Mexican taco fest. 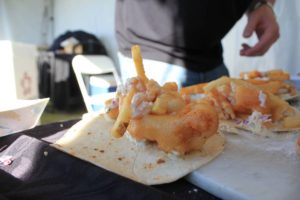 What is your favorite food to cook at home?
My famous mojito pancakes – they have all the ingredients of a mojito in the batter.

What do you always have in your fridge at home?
An open box of baking soda, though I’m not convinced it’s doing a damn thing to keep stuff fresh.

What marked characteristic do you love in a person with whom you are sharing a meal?
Willingness to share their food.

What marked characteristic do you find unappealing in a person with whom you are sharing a meal?
Bad tippers. 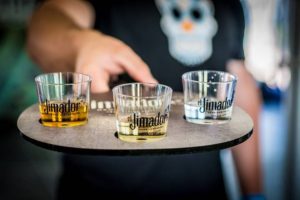 Beer, wine, or cocktail?
All of the above. I believe in democracy.

Your favorite cookbook author?
Dr. Andrew Weil. His recipes are simple and healthy.

Beef, chicken, pork, or tofu?
Tofu – only because I rarely encounter it.

Chef you most admire?
Any talented sous chef because they’re doing a ton of the work and getting almost none of the credit. 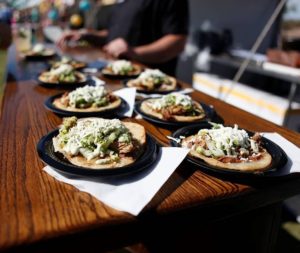 Food you like the most to eat?
Tacos, of course!

Food you dislike the most?
Anything poorly designed, where the chef didn’t think about the user experience (i.e., tacos that fall apart, a burger with a soggy bun, pizza with too much cheese, etc.)

Whom do you most admire in food?
Any chef who can achieve consistency. It’s truly a moving target. 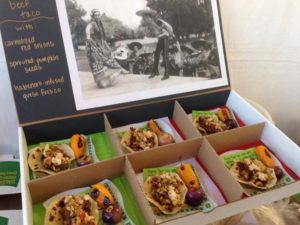 Where is your favorite place to eat?
At the bar.

What is your favorite restaurant?
Dick’s Hideaway.

Recipe: Rock Out with your Guac Out

Scoop avocados into a medium bowl, and cut/smash with a fork to desired consistency. Stir in all other ingredients. Serve with chips.