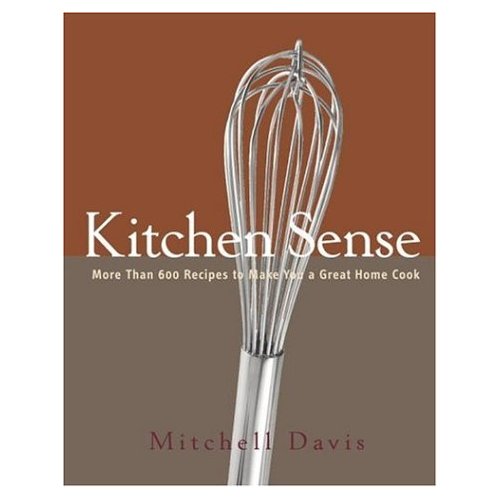 I stopped writing on “i8tonite”. It wasn’t going anywhere and truthfully, I wasn’t sure where I wanted to take it. It started because I love cooking. We know that. Truthfully, the sheer act of it (and craft) saved my life. I’m forever indebted to the stove, the fridge, farmer’s markets, and washing dishes. It will have been almost four years since I took on the name of “i8tonite” and the whole thing was a lark. Really. I just needed something to occupy my mind while I gave up a business, a partnership, a dog and the home that I had for more than decade.

Writing out what I was cooking on social media gave me something to look forward to while I was crying about the state of my life as it became unhinged. Then came the requests for photos. Taking the images, a little food styling, along with the hazy images became an extension. My life, as a whole, began to come together again. Then, I started this blog which has had fits-and-starts. Partially, because I only wanted to cook and I wanted to show to prospective clients that I knew about the culinary world, from a sophisticated and well-traveled home cook.

Candidly, I’m not really that interested in creating my own recipes. There are so many great chefs and home cooks out there that I just don’t feel that creative need. However, I do love reading cookbooks. I like understanding the ingredients and how they going to be appealing. I can taste the ingredients before beginning the process. It’s also important to note whether each recipe is laborious or fun. Puff pastry is laborious, making a cake or pie is fun.

I’m also not interested in reviewing restaurants. If I did, I would want to pay for my own meals and try the experience several times over. That would be a costly endeavor and I don’t think many restaurants are worthy of going to 3 or 4 times in a year, much less in a single month. (I’ve been called by friends “extremely picky” in my restaurant choices.) No, I leave that to the food bloggers and newspapers.

Therefore, I’m beginning this endeavor with a new verve with a fresher eye about food and cookbooks. My plan is over a calendar month to attempt at least 4 recipes from one single book. The idea is really to try cooking them. It’s not to review them so much as to just cook from them and then maybe add something with my own thoughts. I do own quite a few cookbooks and I’ve never used one recipe from about three dozen. I’ve read them…but never cooked from them. This will give me the impetus to execute something. Selfishly, I also want to expand my food repertoire and hopefully to whoever reads this blog…if anyone does.

For the first book, I’ve chosen Mitchell Davis’ “Kitchen Sense: More Than 600 Recipes to Make You a Great Home Cook.” Davis is also the executive vice-president and director of communications for The James Beard Foundation along with being an adjunct professor of Food Studies at the venerable New York University. His pedigree about food is astounding. It’s not a new book as it was originally published in 2006 by Random House.

It’s a vast collection around such culinary pantheons as Chinese, American, Italian and Greek and so on. Mr. Davis provides also great tips such as how to make a compound butter or “flavored butter” in a small area on various pages called “kitchen sense” or “basics”, small guidelines for executing simple home cooked gastronomic pleasures like roasted garlic or a compound butter. If you are a professional or have worked in a kitchen, you know some of these recommendations but if you haven’t, some of them are very handy to have.

There also aren’t any photos so I have to think with my tastebuds in order to pick the recipes. I want all my senses to be used as each recipe is made. Can I smell that it might need more seasoning? How does it look? Should I have used the richer Dutch processed chocolate or no? These are the things that I hope to learn as well as a little bit about myself.

Caramel Cream Cheese Frosting (NOTE: I had to double the recipe to cover the two layer cake. Although delicious and rich, the caramel flavor was very subtle. Next time, I make it I will double the caramel portion. Regardless, is was still delicious and I’m now running four miles every other day to remove it from my body.)

Place water and sugar into a medium sauce pan. Using a medium high heat, melt sugar by stirring constantly. As the syrup develops, it will thicken into a sauce and begin to darken. This will take roughly 8 – 10 minutes. (You will notice of the water to begin to darken as the sugar stiffens.) Watch carefully as the sugar can become burnt quickly. Swirl until the color of caramel. Remove from heat.

Slowly add the heavy cream and stir constantly. Replace saucepan on very low flame until all the cream has been incorporated. Add the salt.  Keep stirring with a spoon or wooden spatula (do not use a whisk) until a beautiful, rich caramel sauce has developed. (You can always use this for ice cream or pour over cakes.)

In another bowl, mix the butter and cream cheese until frothy. Making sure you scrape the sides of the bowl, slowly add the caramel sauce until completely merged and, viola, you have made your frosting.

You can chill but bring to room temperature before frosting the cake. It will make spreading so much easier. It’s still delicious even though it’s a subtle caramel flavor. I think I wanted it to be overpowering like a caramel latte from Starbucks but it’s more like a European subtle instead of an American-beat-me-until-I’m-black-and-blue.

Honestly, this maybe the best chocolate cake I’ve ever made.  It was densely, moist with a very light crumb and an intense lovely chocolate flavor. (Will make two 9-inch layer cakes).

Unsalted butter for greasing the pan

¾ cup unsweetened cocoa powder (Use the good stuff. I like Dutch-processed as it creates a darker, fudgier cake)

Heat the oven to 350 degrees. (We do this first so the oven pre-heats while we gather our wits.) Butter the pans and then line with parchment. Butter the parchment. (We do this so we keep our gathered wits about us instead of the cakes sticking to the pans. Trust me on this step….it’s a life-saver.) Once we remove the cakes from the pans, they aren’t that pretty… yet. We will do a little trimming of rough edges using a LOT of frosting to cover up the wrinkles left by the parchment indentations.

In a large mixing bowl, we will sift all the dry ingredients together (flour, cocoa powder, baking soda, baking powder, both sugars and salt).

In another bowl, mix all the wet ingredients together (coffee, buttermilk, oil, eggs, and vanilla). Mix with a whisk.

Using a wooden spoon or an electric mixer on low, merge the wet with the dry.

Pour into your buttered cake pans. Bake for 25 – 30 minutes. Remove from oven once a toothpick comes out cleanly.

Take cakes out and cool on a wire rack. Frost. J